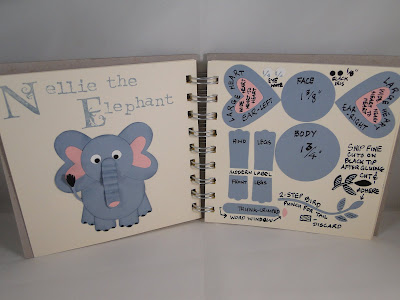 I have been working on this album for some time now, but haven't as yet had the opportunity to share as it is still a work in progress. Also there are a couple of projects in here which have been ear-marked for future classes/clubs/events so it would be folly to put it on my blog any sooner as it would spoil the surprise for those attending. More importantly, some of the punches I've used are from my personal collection so they are not yet available in SU Idea Book & Catalogue 2009/2010, but I am hoping that our current selection will be expanded to include the ones I've used here.

I thought I'd let you take a sneak peek at my version - she's called Nellie the Elephant.... 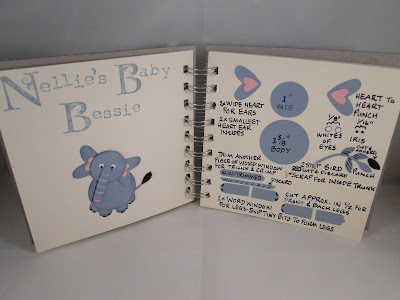 ...and here is her baby Bessie.